While I having breakfast, my hostess told me that the rest of the way to Pamplona was gently downhill, at least compared to my previous day in the mountains, and that it was about 20 km to Pamplona.  So mentally I expected 15 km, as I intended to spend the night in Villava.  I set out at a leisurely pace, for what I perceived to be a relatively easy walk.

The route followed farm paths, heavily covered with smooth stones, that I found rather uncomfortable on my injured toe, ankles and knees.

I passed through a couple of tiny villages, each with a large closed-up church.  At one time there must have been a much larger population, for today each village had only a handful of houses, no bar or shop and little sign of life. 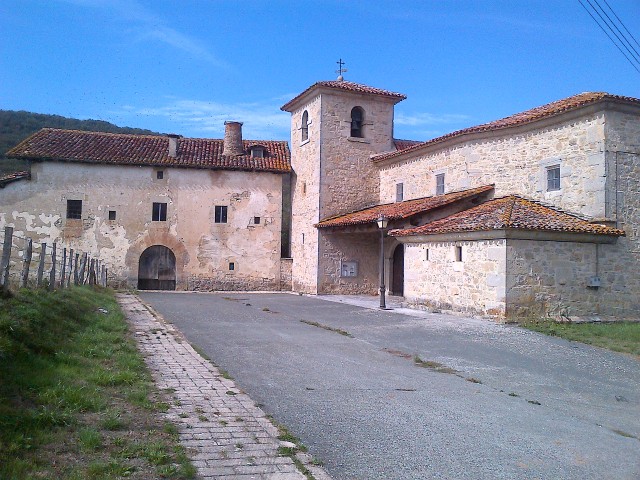 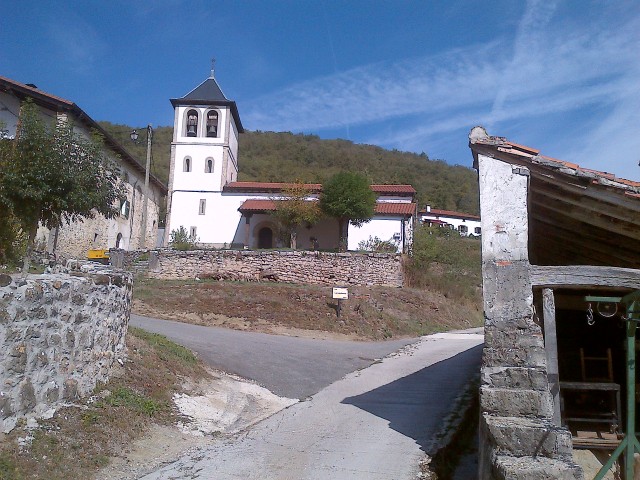 There was eventually a long stretch of narrow path, high up on the hillside, alternating between forest and meadow, following the contours of the land and avoiding the busy road below.  It seemed endless, but finally it descended to the river and Sorauren.  There two old ladies told me that I had about six kilometres to go to Villava.  My original estimate of 15 km was now looking more like 28 km.

The path was now concrete and followed the banks of the river.  There was no breeze and it was hot.

But my day was made when a huge flock of sheep came along the path toward me.      Without any outward sign and without looking back, the shepherd moved over into the field and the leading sheep followed him.  One little sheepdog raced around like crazy, rounding up the laggards and moving  the whole flock across into the field. 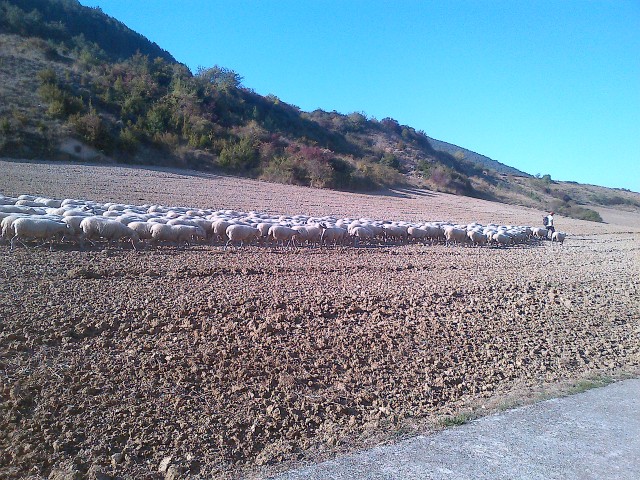 I always find it impressive to witness a working dog.  And with all under control, the dog ignored me as he passed. 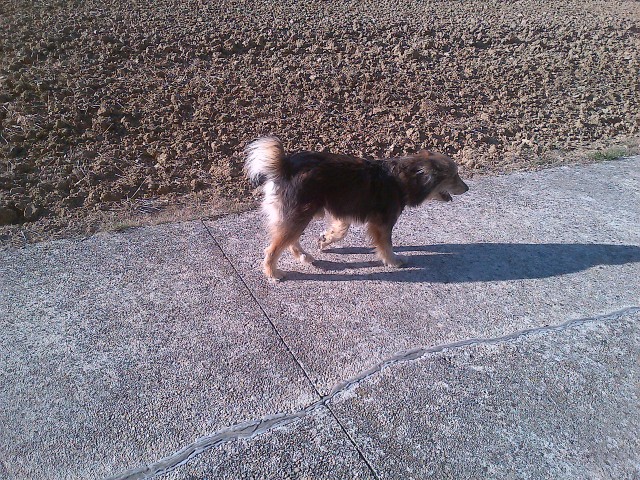 About an hour later I crossed the bridge over the Río Ulzama into La Trinidad de Arre and Villava on the outskirts of Pamplona, where the Camino Baztan joined up with the Camino Francés.

I was now on familiar territory and mission accomplished…  🙂