It was on October 04, 1957, that Russia successfully launched the first Sputnik into orbit. It was the first artificial Earth satellite and it weighed 84 kg, with a diameter of 58 cm.

The Sputnik took about 100 minutes to complete an orbit, and with favourable conditions, was reportedly visible with the naked eye.  I never saw it, nor did I ever know anyone who had seen it, although I did go out one night to try to spot it.  Having a clear sky on the north coast of Ireland can be a relatively rare event.

The launch of the Sputnik was the starting pistol for the space race between Russia and the United States.

Less than four years later, on April 12, 1961, Yuri Gargarin became the first human in space.  He was a small man, only 1.57 m in height, and was probably chosen for the mission because of his stature and weight.  He died six years later in a plane crash. 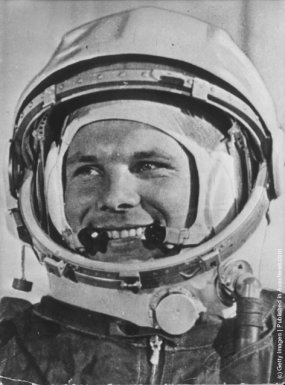 Most people can remember what they were doing on Monday, July 21, 1969.  It was at 02:56 UTC that the first human set foot on the moon.  I was fast asleep at the time in a hotel room in Frankfurt.

At that time, I was employed as a junior programmer with Singer Sewing Machines.  I was based in London, in a team developing an inventory control system for Singer’s European companies.  We were writing programs using the COBOL language.  Input, instructions or data, was via punched cards and punched tape, for an IBM 360 model 30.

In the photograph below, one can see a typical computer room, housing an IBM 360 30, like that we used in Frankfurt. 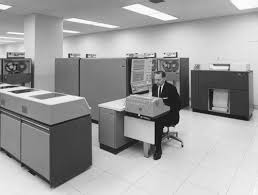 Also in the photo one can see disc drives, tape drive, central processor and printer, with the operator sitting at the system console.  Not only can one observe how bulky everything was, but the system had to be housed in a cold air-conditioned room, with a raised floor to accommodate the plethora of cables connecting the equipment.

And the power and capability of such a system was miniscule, when compared to the most basic smart phone of today.

The same basic smart phone has infinitely more capability than the computer systems that managed ground control, the different stages of the rockets and the landing module of the moon landing in 1969.

Of course, comparing the computer systems of 1967 to the smart phone of today is like comparing the plane of the Wright brothers to the Boeing Dreamliner.  Both fly, but that is about the limit of the comparison.

I am, however, constantly amazed that man could progress from launching the first satellite in 1957 to landing men on the moon less than 12 years later.

It was an amazing feat.