If you walk along Beach Road in Sea Point, the ocean-side suburb adjacent to Green Point, you might notice a row of six posts alongside the promenade.  If you are curious, you might cross the drought-stricken park to have a closer look. 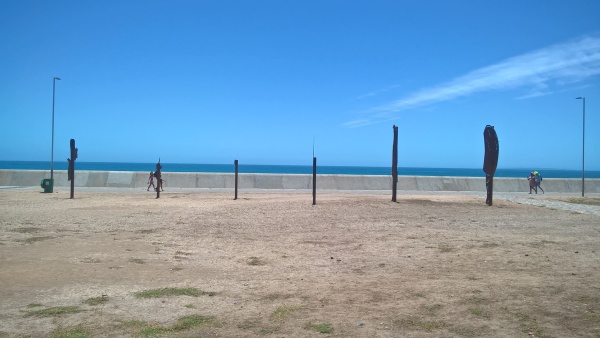 And from closer, they appear to be strange ironwork sculptures. 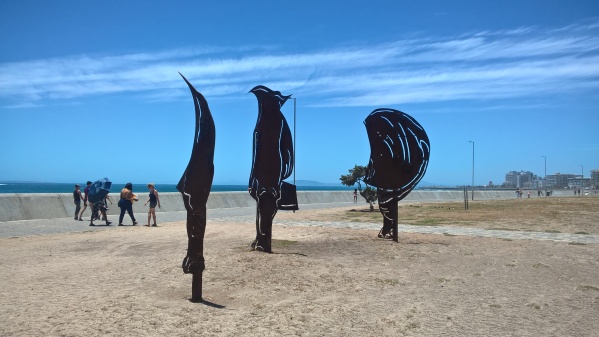 But there is nothing to indicate their purpose. 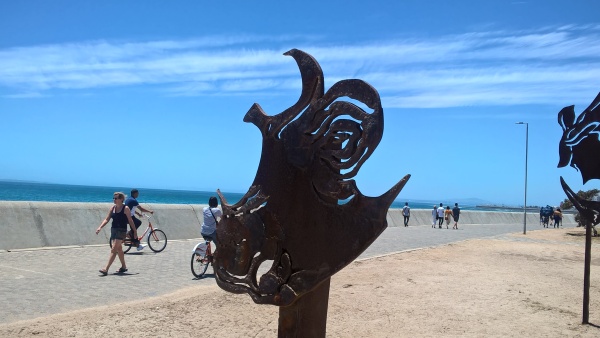 And then you might notice, a little further away, a small platform with dates and numbers. 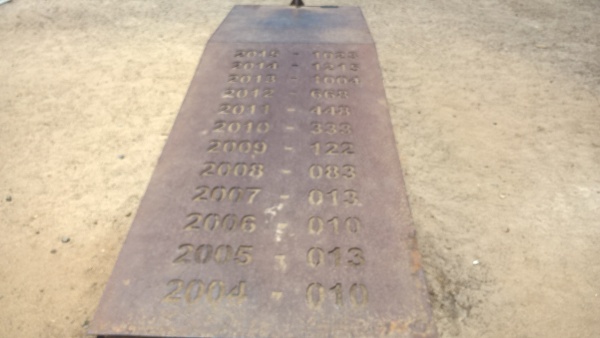 And from the platform, all is revealed:  seen from the right observation point, the various metal sculptures merge to form a huge rhino. 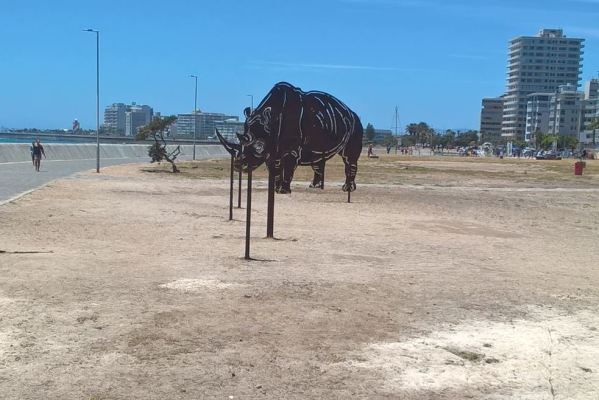 And what do the numbers leading up to the observation platform represent?

They reflect the number of rhinos slaughtered each year by poachers to obtain their horns.

And why their horns?

Because there is a demand from south-east Asia for a powdered form of the horn, in the naive belief that it will cure cancer, improve their sexual performance, or a host of other dubious claims,  despite scientific evidence that there are no such benefits.

How stupid can people be?

The sculpture at Sea Point was created by André Carl Van de Merle, sponsored by the City of Cape Town, Art54 and Woolworths.

And for what it is worth, I can say, without any reservation, that Woolworths is the best little supermarket that I have ever come across, anywhere in the world.

So if Woolworths is involved in exposing rhino poaching, there is hope…